CBD Vs THC – The Difference Explained

Cannabis has many cannabinoids in it. But, it contains the most of CBD and THC. And, both of these cannabinoids interact with the body’s endocannabinoid system. However, they elicit somewhat different effects. Today, we’re going to share everything there is to know about CBD and THC, so keep on reading!

Cannabis has more than 100 different cannabinoids in it. And, cannabidiol and tetrahydrocannabinol, or CBD and THC, happen to be the ones that have been researched the most. Also, they both interact with our endocannabinoid system, which is an essential signaling system that is in charge of the regulation of plenty of functions, such as: 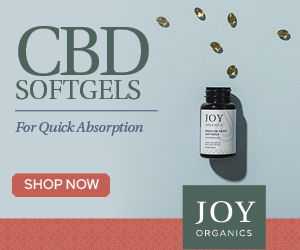 However, in spite of their many similarities, CBD and THC differ based on the impact they have on the endocannabinoid system and the effects they trigger.

First and foremost, the most important difference between these two cannabinoids is that one will trigger a “high”, or euphoria, and the other won’t.

When we think of marijuana, we immediately think of THC. THC is a directagonist of the CB1, or cannabinoid receptors, in the endocannabinoid system. These receptors can be found in our brains and central nervous systems. And, that “high” effect that everyone associates with medical or recreational marijuana is a result of the CB1 receptoractivation.

On the other hand, CBD can’t and won’t bind with the CB1 receptors. What’s more, it is a complete antagonist of CB1 agonists. That means that CBD cannot cause a high or euphoria, regardless of the amount consumed. However, CBD also acts to reduce the CB1-activating qualities of cannabinoids such as THC.

There’s More THC In Marijuana And More CBD In Hemp

There is plenty of both throughout the flowers, seeds, and stalks of both marijuana and hemp. Still, CBD is most plentiful in hemp, while THC is present in higher amounts in marijuana.

The Difference In Their Atomic Arrangement

CBD and THC have the same chemical content and composition. However, they have a different atomic arrangement. Both cannabinoids share the molecular formula of C21H30O2  and their molecular weight is the same (314.4 g/mol). But, what’s different is their atomic arrangement. CBD and THC are both cyclic compounds. That means that one or more series of atoms in these two compounds are linked to form a ring. But, CBD is composed as an open ring with alkene and hydroxyl group and, on the other hand, THC comes with a closed ring and an ester group.

Although these differences in their atomic arrangement may seem insignificant, they have a very different impact on our endocannabinoid system’s receptors.

How Do They Interact?

What About the Legal Status Of CBD And THC?

The legal status of cannabinoid products depends heavily on their source and concentration.

In the United States, both THC and marijuana are on the list of the U.S. Controlled Substances Act. Therefore, they are strictly prohibited under federal law. Still, there are 29 U.S. states and Washington D.C. that have passed their own policies related to cannabis. Under these policies, they allow the use of medical marijuana that contains high levels of THC, if it’s recommended by a licensed physician. In addition to that, 8 of those 29 states and Washington D.C. took it one step further and legalized the recreational use of THC and marijuana, too.

Legally, CBD is allowed and available in the United States. However, its source has to be a high-CBD and low-THC hemp. CBD isn’t on the list under the Controlled Substances Act. That makes it completely legal in all 50 states if it doesn’t come from marijuana. 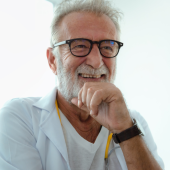 Micheal Reynolds is a proponent of alternative medicine. All of his articles are supported by a personal research.

CBD For Dogs – Can I Give My Dog CBD Oil

Can You Fail A Drug Test Due To CBD Oil?

CBD For Back Pain Relief